All Nippon Airways adding 5 Cities to its International Service

ANA to Elevate the Global Network by Adding 5 Cities to its International Service!

TOKYO, Nov. 19, 2019 – All Nippon Airways (ANA), Japan’s largest 5-Star airline for seven consecutive years, will expand its international network by adding five cities (Istanbul, Milan, Moscow, Shenzhen and Stockholm) from Tokyo Haneda International Airport (HND) starting in summer schedule for 2020, with tickets going on sale in mid-December 2019. The addition of these routes will bring the total number of international cities served by ANA flights to 521 and will expand ANA’s presence at Haneda Airport.
“There is growing demand to visit Japan, and ANA will increase its international service just as Haneda Airport also expands to adapt for inbound Japanese tourism,” said Seiichi Takahashi, Senior Vice President of ANA. “These new routes will increase the ease and convenience for passengers flying to Japan from across the world, a significant benefit of our dual hub strategy.”
As part of its expanded summer schedule for 2020 (March 29, 2020 – Oct. 31, 2020), ANA will offer new non-stop service from Haneda Airport to:

Above list is by alphabetical order.
Additional cities for ANA are marked with a (+):
- The flights to Istanbul, Shenzhen and Stockholm will be the first ever non-stop flights from a Japanese airline.
- Previous ANA flights had transited in Milan or Moscow, but this is the first time either city will be the final destination.

In addition to these new services from Haneda Airport, ANA will also be increasing the frequency of the Haneda = Los Angeles and Haneda = Sydney routes. The Delhi, Houston, Los Angeles, San Jose, Seattle and Washington D.C. routes will be relocated from Narita International Airport. These new slots for Haneda increase the number of international flights ANA will offer during local daytime hours.
Haneda Airport is one of two primary airports that serve the Greater Tokyo Area along with Narita Airport, acting as a gateway for international travelers who want to reach other parts of Japan. Ideally located, Haneda Airport is key to building a comprehensive network of domestic connections, and ANA’s increased presence at the airport will aid inbound tourism and business travel beyond Tokyo itself. 1 Including Tianjin, which is served only by cargo flights.

Narita’s international network will expand throughout 2020 and beyond, adding new connections between North America and Asia.
In expanding its international flight network, ANA will continue to prioritize efforts to maintain and improve service quality, ensuring punctuality, and the safe and reliable operation of its entire fleet of aircraft.

1. Overview of the timetable
With the expansion of international departure and arrival slots at Haneda Airport during the daytime summer schedule of 2020, ANA has prepared the following timetable. 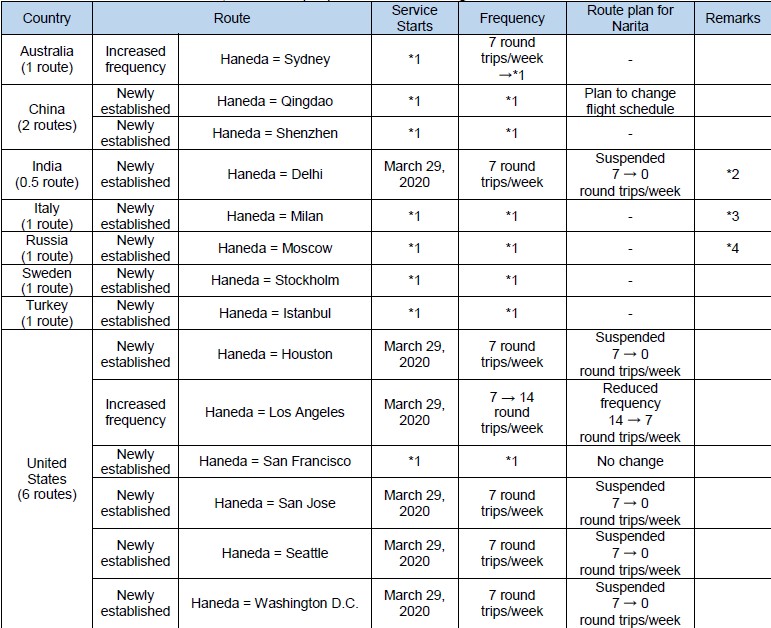 *1 Will start service as soon as preparation is completed during summer schedule for 2020. Reservations and ticket sales are scheduled to begin in mid-December. Flight schedule and the start of service will be announced at a later date.
*2 This flight is counted as one route in combination with a flight which departs during local night time hours.
*3 ANA currently plans to fly to Milan Malpensa Airport.
*4 ANA currently plans to fly to Moscow Domodedovo Airport. 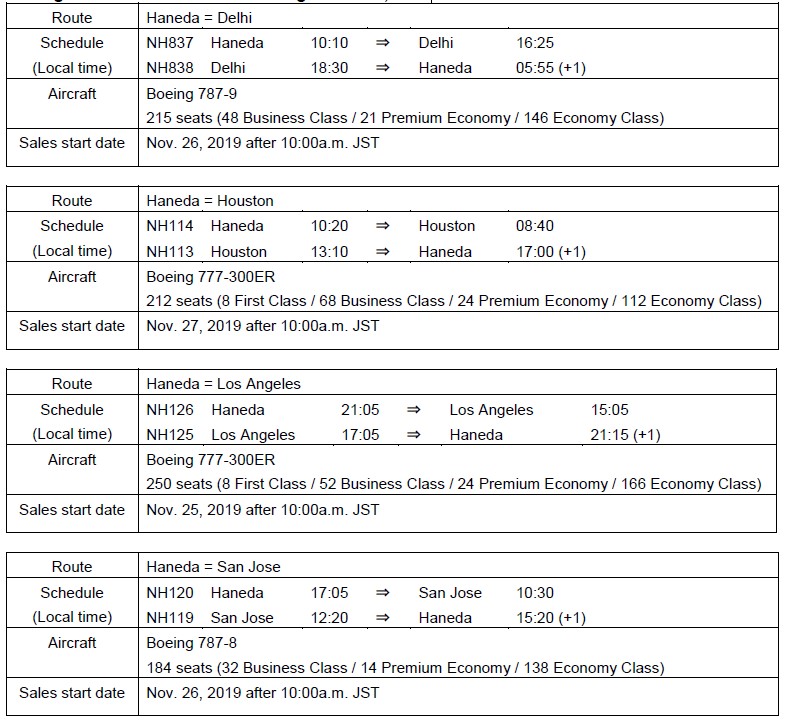 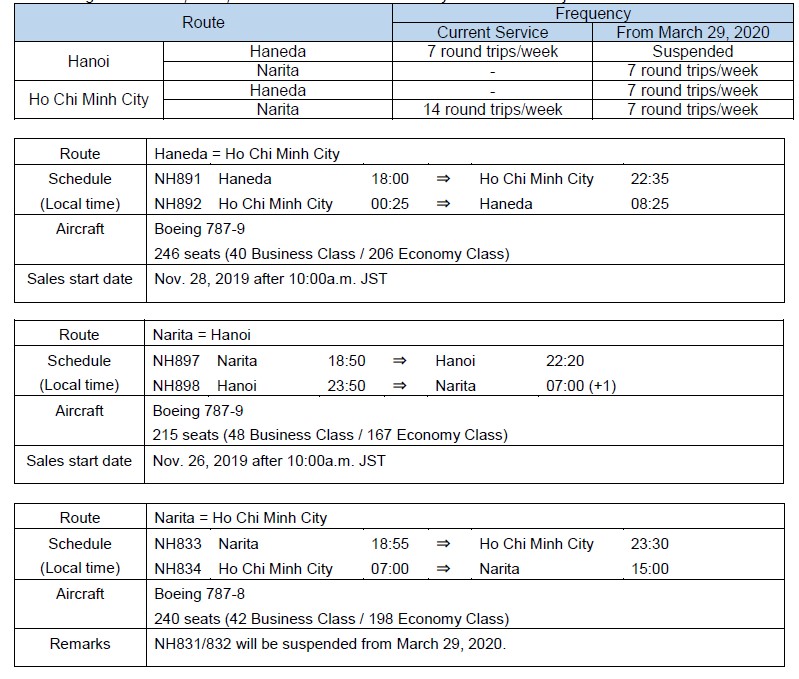