Loganair~Scotland’s Airline is the UK’s largest & longest established regional airline with over 70 routes across the British Isles and beyond. Loganair fly the world’s shortest schedule flight of 2 mins in Orkney , land on the beach at Barra and make codeshare connections via London Heathrow. 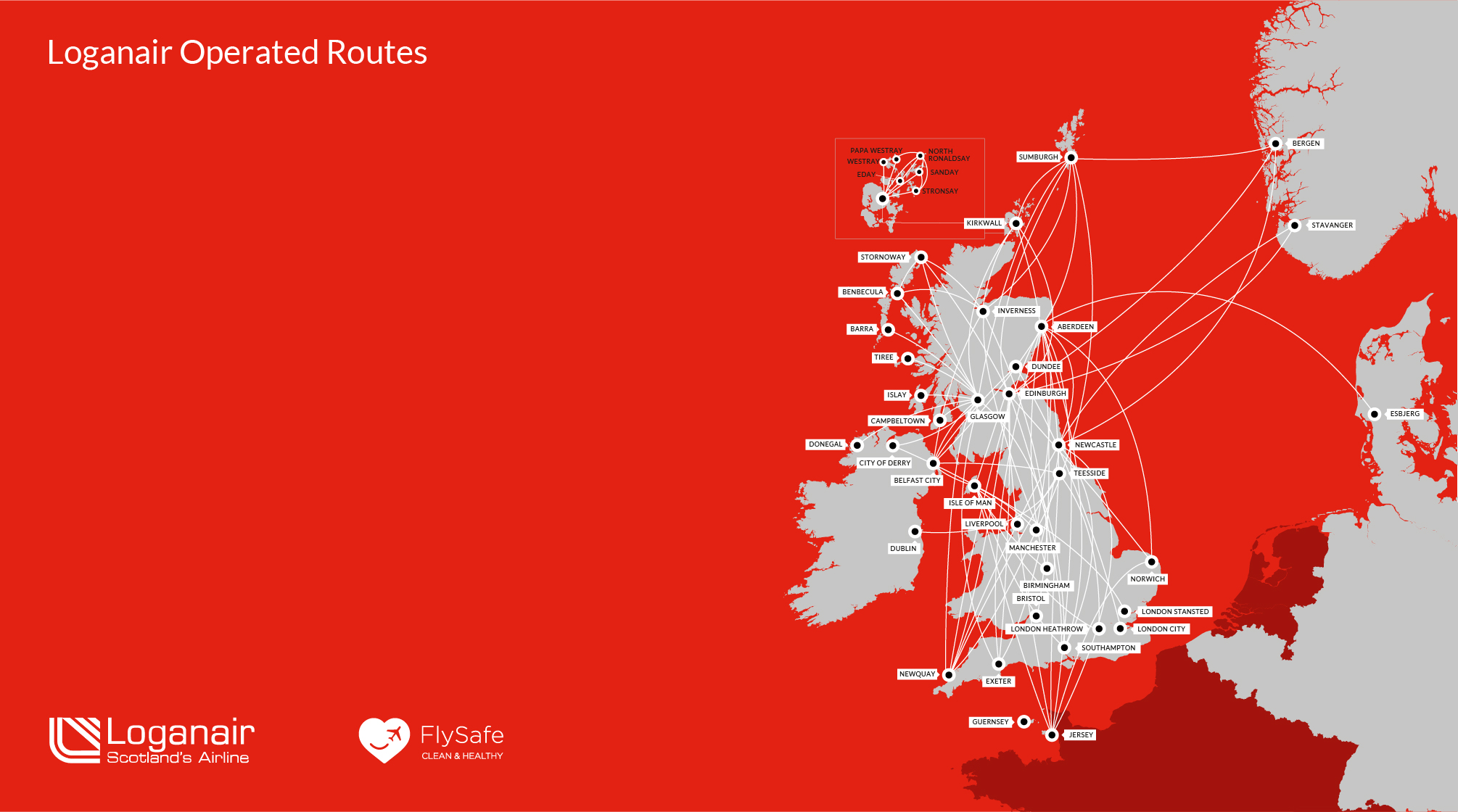