Qantas operates double-daily flights from London Heathrow to Sydney, Melbourne, Brisbane, Perth and convenient connections to New Zealand via Australia. In addition to this, the airline operates a daily service to Adelaide and Singapore.

From London Heathrow, they operate a daily A380 flight to Sydney via Singapore and a non-stop flight from London Heathrow to Perth on the brand new Qantas Dreamliner B787-9. Passengers also have the choice of flying to Australia via Dubai with partner airline, Emirates. 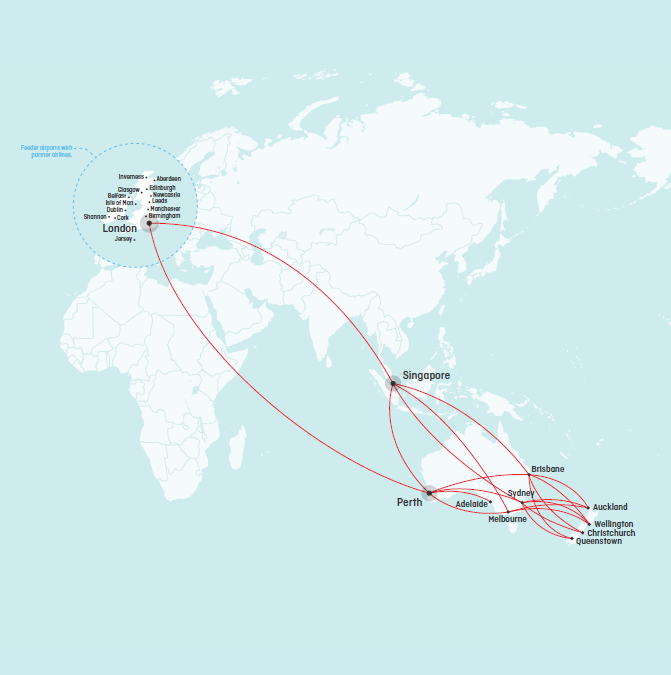